What I love about my quarterly Myeloma (Cancer) Specialist appointments is how they always bring clarity to my monthly blood test results. The Q&A helps me better understand how I’m responding to chemo right now and what it means within the larger context of my overall treatment for multiple myeloma. My March blood test results showed my cancer levels (m protein = 13) remained stable and the same as January, although my February results were missing.

My Specialist brought up two areas of concern with my recent results. First, as I’ve shared before, with my particular type of multiple myeloma, it isn’t always possible to get an accurate measure of my cancer levels from the m protein value. So with future test results, we will also look at additional measures of my cancer levels, which together should provide a more complete picture of my overall progress.

Second, in January I began an additional chemo called Ninlaro. It is hoped that Pomalyst + Ninlaro would be as effective in lowering and stabilizing my cancer levels as Pomalyst + Dexamethasone (steroid) was from Feb 2015 – July 2017. My Dexamethasone was stopped by my Myeloma Specialist last July, as my Glaucoma (Eye) Specialist found it caused eye damage. Hopefully Ninlaro will keep my cancer levels stable or cause them to decrease. If they increase steadily, then we may explore other treatment options.

I’m focusing a ton of positive energy on getting Ninlaro to step up its game and work with Pomalyst to lower my cancer levels.

Come on Ninlaro, I believe in you! 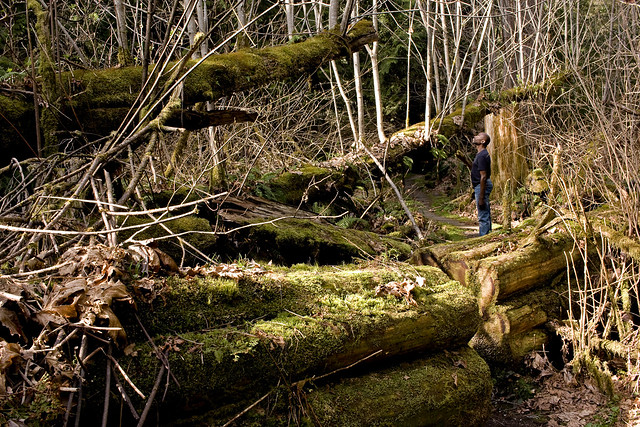 Photo: On Saturday afternoon, I was walking on a forest trail, when I came across an area, I felt represented my current state on chemo. The path was well worn and stable, but on each side were brush and branches sticking out everywhere, it looked chaotic. As long as I remain on the path (cancer levels remain stable), everything is good, but if I stumble or venture off the path (e.g. cancer levels increase), then changes in life seem likely.

To recap: On Sunday, March 25th, I completed Cycle 41 Week 3. I have multiple myeloma and anemia, a rare cancer of the immune system. Multiple myeloma affects the plasma cells, a type of immune cell that produces antibodies to fight infection. These plasma cells are found in the bone marrow. As a blood cancer, it is incurable, but treatable. Since February 9th 2015, I have been on Pomalyst and dexamethasone chemo treatment (Pom/dex). On July 16th, my dexamethasone treatment ended, due to eye damage, reported by my Glaucoma Specialist, from long-term use. On January 9th I began Ninlaro chemo to combat steadily rising cancer levels.